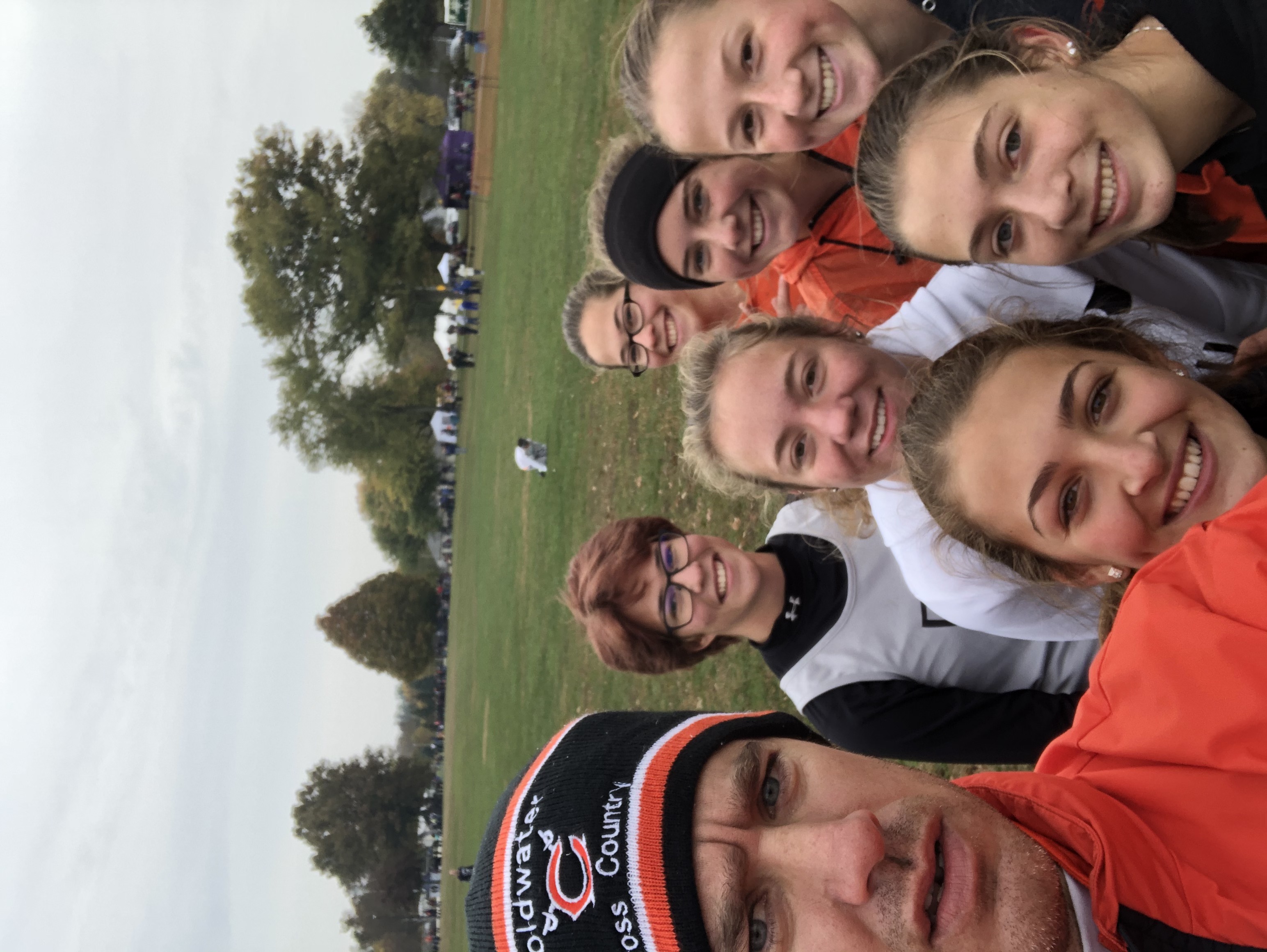 The Ladies of Coldwater would finish 10th place and a mere 20 points out of qualifying for another week of running. Despite the good effort, the ladies would not only battle the competition, but also the declining weather where the wind would start to pick up, the temperature would fall, and the rain would blanket the course. When all was said and done, “we missed by that much”. The bright spot of the day was the race of Haley Alig who would finish 6th overall and punch here personal ticket to race one more week. She would run a personal best 18:48 and set herself up for a great finish to her sophomore season. Beth Honigford would also have a great race where she battled the endless amount of competition finishing 43rd overall in a time of 20:37. One other spotlight performance belonged to Lily Schoenherr who would drop 35 seconds from her previous season’s best performance. Other PRs where obtained by Shelby Homan with a 22:09. Other finishers were Carlee Goodwin 22:06, Lindsey Pease 22:22, and Sara Honigford 22:30.

As the season closes for the team, we have to congratulate Haley on her upcoming race in Hebron. She will represent us well in her efforts to finish towards the front of the lead pace. If you see her, wish her the best of luck. As for the team, great season Lady Cavs. We have some much to be proud of and a lot more to look forward to with the majority of the team coming back.

Districts @ Troy
9:30 am
View All Events