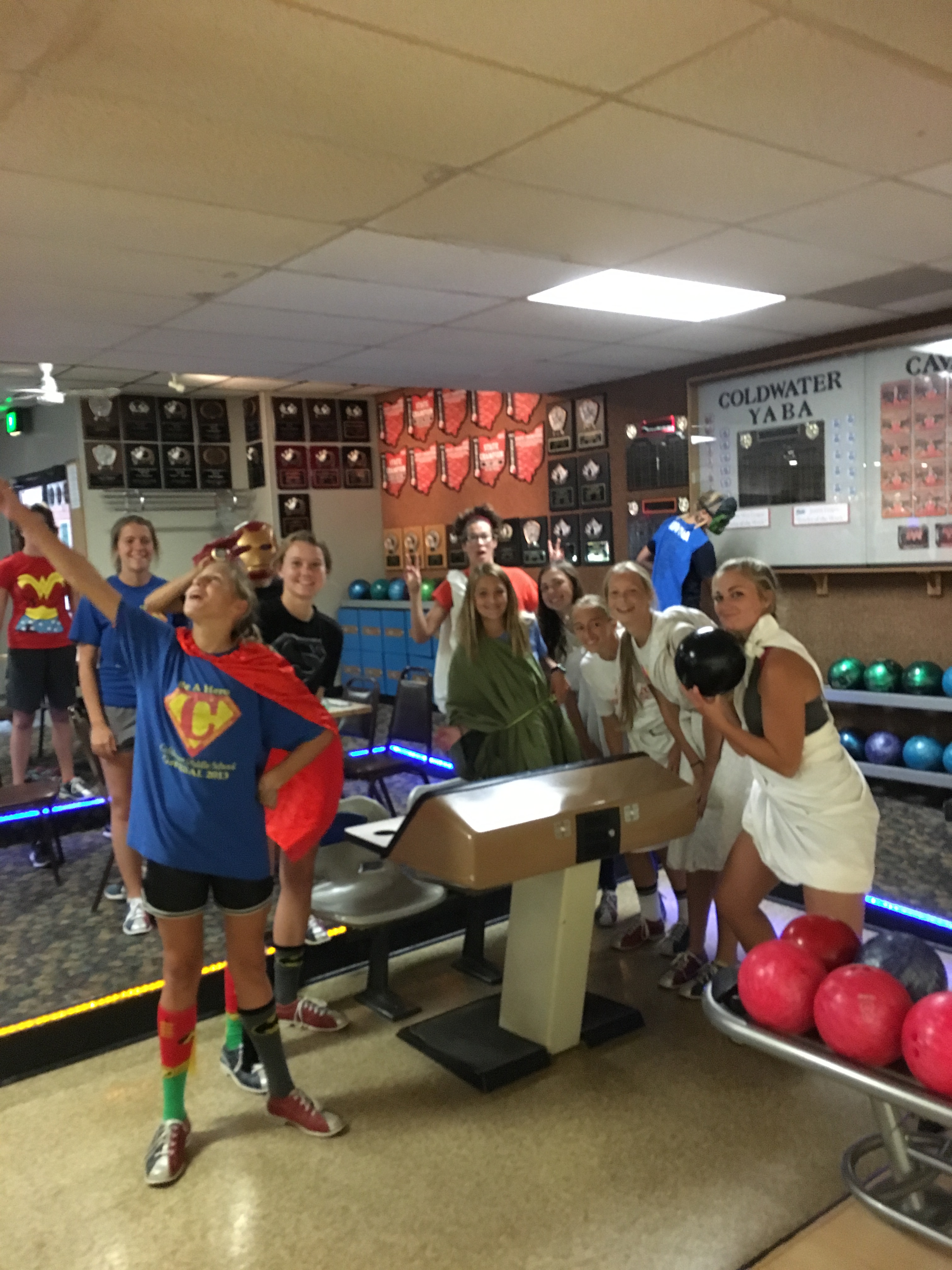 When all forms of competition have been exhausted to determine who is the best of the best, you find a sport that equalizes the playing field. You visit the Arena of Champions….Pla-mor Lanes. The Lady Cavs competed outside their realm of expertise when they showed up for the Goodwin XC Bowling Classic. The Classic, named after famed Coldwater AD Eric Goodwin, brought together five unique groups of cross country runners to show off their bowling prowess. In attendance to watch the unimpressive performance was Rick Hartings, who commented after watching two frames, ” I have to go. I think there is a pizza burning in the oven.” Needless to say, Rick didn’t find any talent to fill his roster sheet for the upcoming season’s quest for a gold like figure with perfect bowling form.

Good luck next year and be sure to come out to Coldwater Memorial Park on Oct. 5th to cheer on the the Lady Cavs at the Lions Invitation.