Congratulations to Coldwater Cavalier, Jesse Meyer on being selected as The Peoples Bank Company and Lefeld Industrial & Welding Supplies Athlete of the Week for August 31st to September 6th.  Jesse is a junior on the Cavalier Varsity Boys Football Team.  Jesse helped lead the Cavalier Football team to a win over Minster on Friday night with career highs in both receiving and rushing.  Overall on the night, Jesse caught 6 passes for 100 yards and 2 touchdowns.   Jesse also had a 57 yard rushing touchdown on a reverse.  Not to forget about his kicking game, Jesse had 2 punts for a tremendous 60 yard average and had 3 touch backs on kickoffs.  Congratulations Jesse for being this weeks The Peoples Bank Co./Lefeld Welding Athlete of the Week! 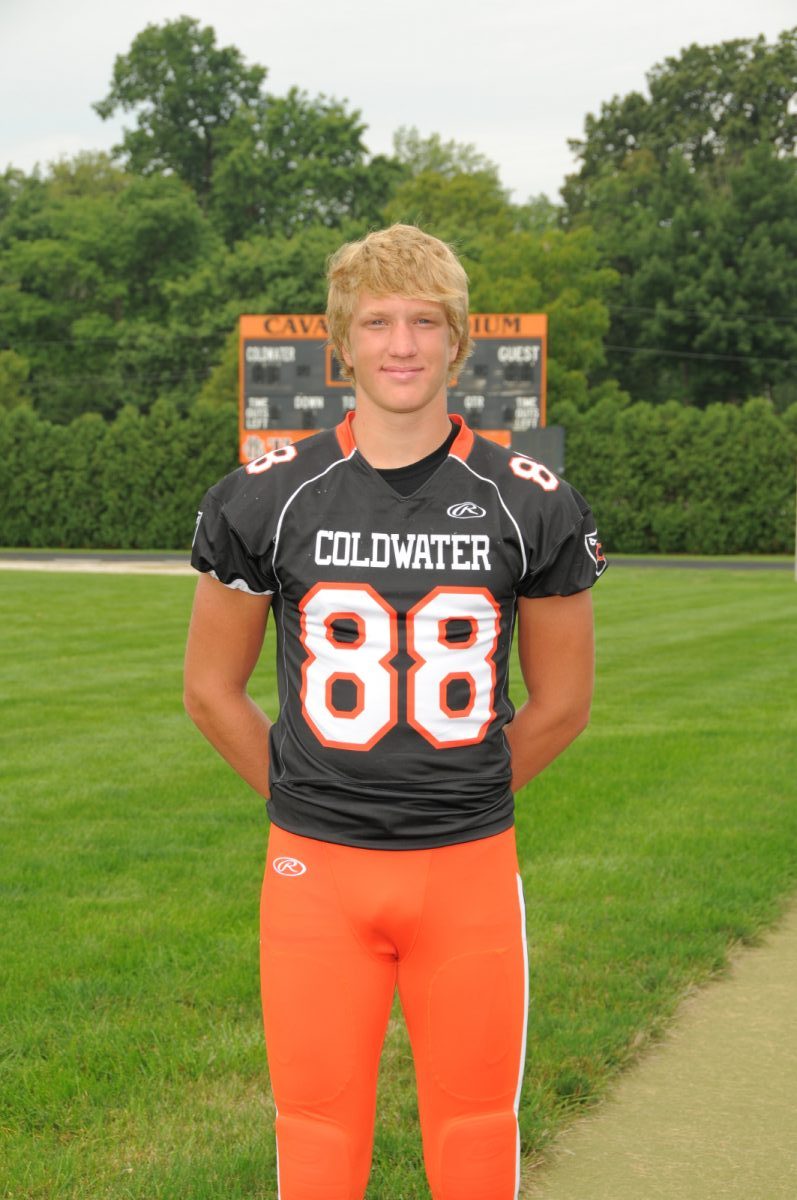